A downloadable Horror for Windows, macOS, and Linux

237 is a Narrative-Psychological First Person Horror game based on Stanley Kubrick's imagining of The Shining.

237 takes place inside Danny's mind several years after the events of The Shining, But the Overlook Hotel still calls, attracts and manipulates Danny.  But one day he finds himself in the hallway of his nightmares, The hallways and the contents inside deconstruct his mind and his psyche. Now its up to Danny, to make a difficult choice.

Play it and u will u want more of this!

LOVE THE SHINING so this was a fun trip haha thanks!

Reply
Jack Peltz186 days ago(+1)
This game was great. The overall story, the ambience, the scenery, all of it was great. As a Shining fan, I really loved this game.
Reply
AseRebellion1 year ago(+1)

I have to say that this was an incredible game that I enjoyed every bit of. Thank you for the horrifying experience and I hope you keep up the amazing work.

Congraat for this magnificent travel in the Kubrick and King Masterpiece :)

Wow. This is an amazing game. Everything is just done so well, the atmosphere, the story, the scares. Well done devs, i loved every second of it!

Thank you so much for creating this game, scared me from start to finish, would love to see more movie-game tie ins like this, maybe the exorcist, chucky, nightmare on elm street, hellraiser or candyman.

Thanks for creating such a good game, I want you to help me and subscribe to my youtube channel, I need you to subscribe, thank you all:https://www.youtube.com/channel/UCdFny39yseovKnZ0HFQ-SsA?sub_confirmation=1

Really enjoyed this game.....Thank you!!

Finally got this game into a video starts @1:41

This game is a great reference to The Shining with all the scenes scattered around in the picture frames, the atmospherics are great when they build up and are genuinely quite creepy and disturbing.

The main down fall of the game is the execution and timing of the events as it will build up to a really climactic point but then have a few corridors of absolutely nothing but silence, which then kills the drama the game works so hard to build up.

The walking pace can feel like a chore and there could be an option to sprint, maybe even increasing the speed slightly would probably iron out a few of the dead anti climactic spots in the game.

There was also a bug in my playthrough where the radio played all the way into the ending credits which may need looking at.

The game overall is a good experience and is still enjoyable to play if you are able to look past its downfalls, for fans of the movie it has some really great content to enjoy, but for someone who does not know the movie and wants a walking horror experience this game falls short in keeping a good pace of scare factors.

Great game! Especially Loved the instruments the most. Those crazy strings man

I liked this game soooo much and I dont understand why it is getting so much hate.  Here is my video on the game if anyone wants to watch:

really enjoyed the game. The atmosphere was great and I thought the long moments of silence and repetition really helped give the user a false sense of security at some points, only to be quickly scared again. Great game.

Pretty good. I wish there was less hallways with nothing, that pulled me away. The nostalgia feeling was there!!

I love horror games like these where it loops the same area! Game footage starts at 21:30.

Hey! I included your game in my latest Itch.io Horror Games video! The part with your game starts around 5:23! Hope ya enjoy!

Loved the atmosphere, but progress was slow. Still had a good time playing it though.

I'll give you credit for making a playable program but I don't count this as a game. I am aware of how long it takes to make a game because I am trying to make one myself. But this shouldn't count as a horror game. It took way too long to progress.

If you're going to steal the premise of your game from one of the greatest horror movies of all time you should at least put a little effort in it. This game has no substance aside from just walking forward for an hour and honestly I cant understand why you would choose THIS hallway for 98% of your game.

I know its free so I shouldnt complain too much about it but its such a waste of time that being free doesnt even save it.

The Shining is one of my favorite horror movies so when I saw this game pop up I had to play it!! So much nostalgia in the references, the atmosphere, and each little piece that happened throughout.

I honestly fell asleep playing this. This isn't a horror game, its a walking simulator that takes P.T. and 'The Theater' Creepy Pasta - and somehow finds a way to make it excessively boring, perhaps only bringing up 'The Shining' as a way to lure fans of the movie to download this game.

There is no substance here, you walk slowly down a repeating hallway 20 times, then 'something different happens' that is so subtle, so bland, so luke-warm, that it simply 'happens' for one entire hallway, then? After going through a door? Continues being a plain, boring hallway for another 20 hallways until the next Luke-warm 'different hallway' happens. It is a waste of time.

As The Shining is one of my all-time favorite films, I was stoked to find this game. 237 is paced well, allowing the player to relive some of the film’s scariest scenes, but does so in a way that builds suspense slow burn-style. A P.T.-style game at its core, there are times when you feel like very little is happening, but I’m not sure if the horror element would be effective if you stacked the scariest scenes back-to-back. I enjoyed this, though the film and book are rich in lore, so there’s a lot that can be done with it. Now, all I need is a game based on Hitchcock’s Psycho, and I’ll be good.

As a fan of the movie, I must say you captured the spirit of it quite well in this game. The elevator, Room 237, and Grady twins scenes were awesome and sent chills down my spine just as the scenes in the movie did. I really enjoyed this game. Great work!

This was a really cool game!

This game brought back some memories for sure! The Shining remains one of the scariest stories ever in my humble opinion and sticks with me to this day! Very cool to get to experience it in a game! Any chance of a larger game?

Thanks a lot for the review! and as for the game itself, it was made for a Game Jam/Festival and I don't really have any intent right now to take the concept further, but who knows.

Fair enough. Happy you did what you did! The Shining hasnt really been put into a game before I dont think.

This brought back a lot of memories of when I watched The Shining for the first time as a kid. This was a nice continuation of the story and provides satisfactory closure. While the game is very slow paced, I feel that is necessary to add to the story of the game and the slow build of emotion it provides. Great game!

FUCK YOU GAME DEV. WASTED FORTY FUCKING MINUTES OF MY TIME I FUCKING HATE YOU.

Have you ever watched The Shining?

I'd also love to know if you have read The Shining (by Stephen King) or watched the movie (by Stanley Kubrick). Perhaps you don't understand this game for a reason.

I'd also love to know if you have read The Shining (by Stephen King) or watched the movie (by Stanley Kubrick). Perhaps you don't understand this game for a reason.

really really enjoyed this game such a good idea for a game! Loved it! Please check out my play through below

Hello, beautiful game, thanks for such a good game, I want you to help me and subscribe to my channel:https://www.youtube.com/channel/UC7Ze0stcmF5zKGiRwGj2RJA?sub_confirmation=1

I only get a few doors deep and it freezes, where I can still hear myself walking forward, but the video is frozen. :(

lucky you, this game is a waste of disk space

Why get so angry at a *free* indie game that you have to spam its comments section?

hi, big thx for the great game. only bad is that you use copyright stuff my friend. but the game is wow. greetings from rosti

I gave the game a shot and while it's ok, I feel like there's a bit too much walking and not enough things  happening during the walk. Besides that, the story might be a bit lost on me since I never watched The Shining. But that's just me.

Here's my channel for other games I have played. http://www.youtube.com/c/Levont

This is actually the first "horror" game I had to quit. I think I was almost at Act 5 (if there even is an Act 5).
I didn't like this game. The only good part was when you entered that one room that opened and a little bit after that. That was okay and scary but the rest was just so so so boring. Lights are out, voices in your head, blood things on the wall and blah blah.
It takes too long for something to happen and I didn't get the story at all.
Sorry that's really the worst "horror" game I've played so far.
1/10 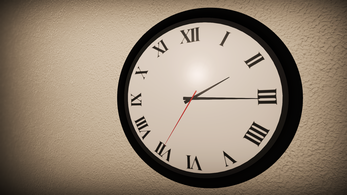 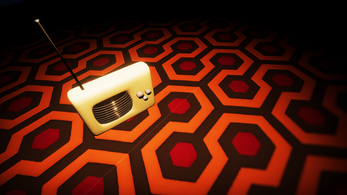 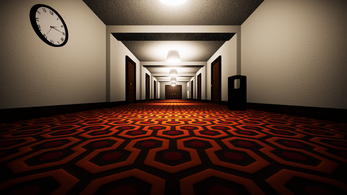 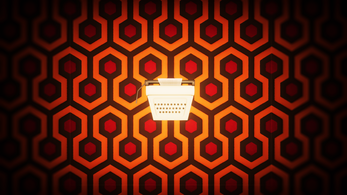 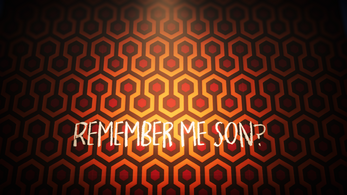